Those TV addicts of a certain age remember when the name Johnny Carson was a nightly institution, arguably more than his successors Jay Leno, Conan O’Brien, and Jimmy Fallon. Carson’s tenure on the Tonight Show lasted an astonishing 30 years, and he was often called upon to play host at the Academy Awards and other notable telecasts. While a TV fixture for the public, in private Carson was fairly reclusive, and he lived out his last two decades in an appropriately sheltered Malibu haven that is now being listed for $81.5 million by its current owner, Hollywood producer and philanthropist Sidney Kimmel and his wife, Caroline, who purchased it from Carson’s widow in 2007. Linda May of Christie’s International Real Estate exclusive Affiliate Hilton & Hyland shares the listing.

The distinctive double-triangle-ceilinged residence of more than 7,000 square feet occupies a cliffside 4-acre lot at Malibu’s Point Dume, a prized enclave that has been home to many celebrities including Barbra Streisand and Bob Dylan. Designed by architect Ed Niles, the estate is notable for its dramatic use of glass, metal, and stone, as well as for its prized location with a vast panorama of the Pacific directly below and beyond. 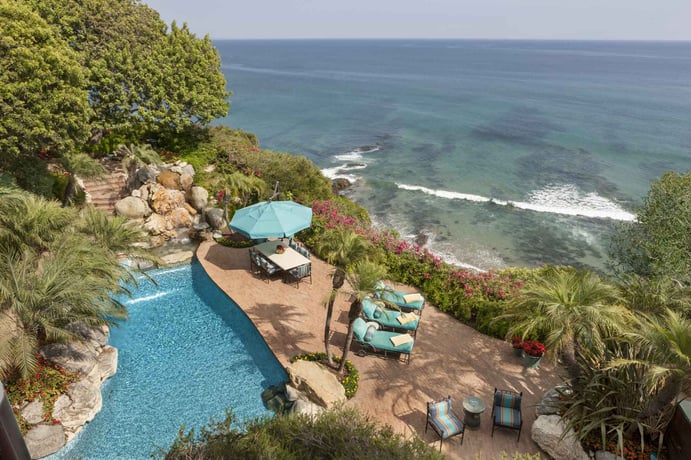 When entering the house, the visitor will be struck by the dramatic use of floor-to-ceiling windows as well as ceilings that are themselves made of glass, allowing natural light to fill the area throughout the day. It’s no surprise that given these architectural features, an indoor arboretum flourishes as a result. 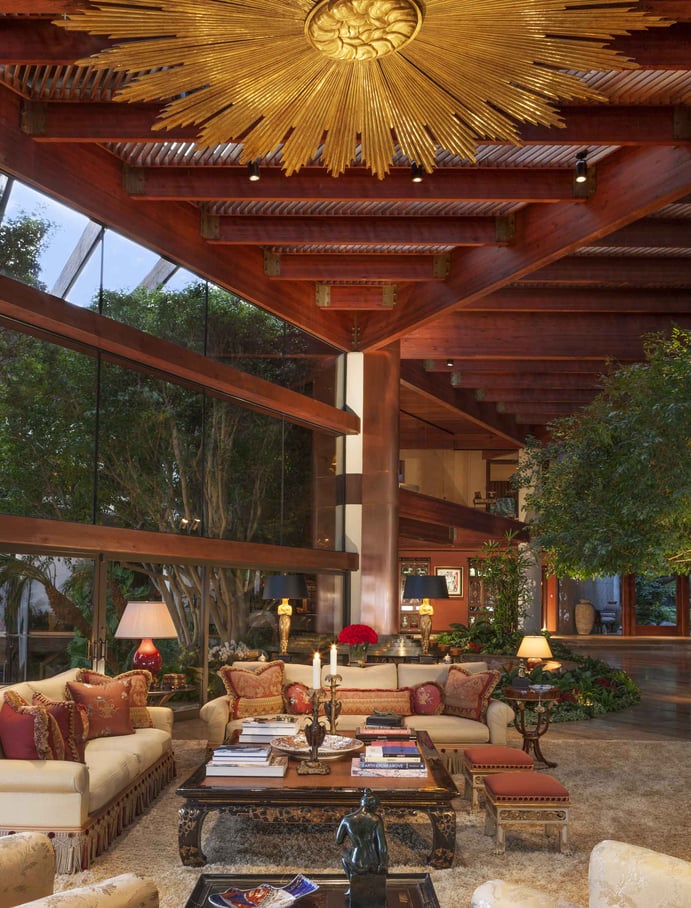 The living room is memorable for its focal point: a sunken copper-and-glass fireplace. The entire second floor is dedicated to the master suite and its accompanying pair of onyx-appointed bathrooms and dual private offices. 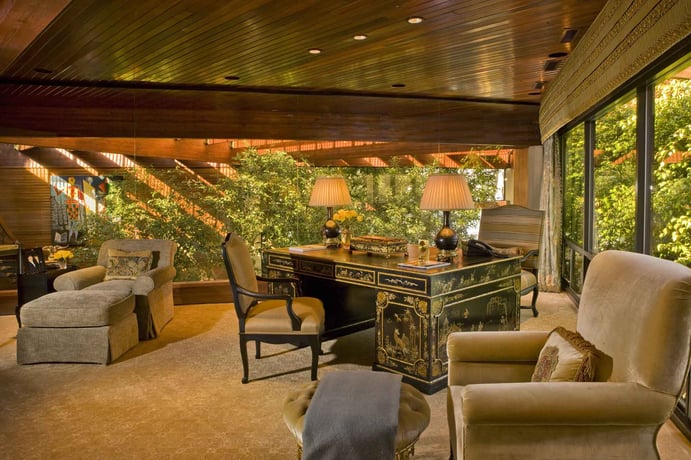 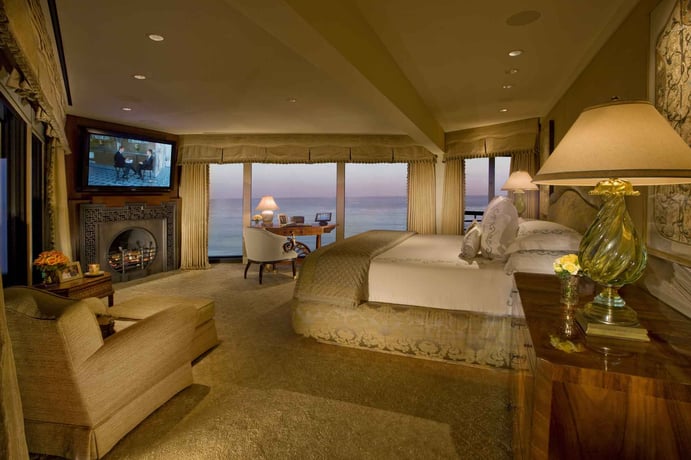 Outside, the expansive grounds capitalize on the cliffside Pacific views, with lush landscaping, a koi pond (some of whose denizens were owned by Carson), guest quarters, and perhaps most noticeably, a magnificent sunken championship tennis court (Carson was an avid tennis player). The court area includes a viewing pavilion with two bedrooms and a gym.

The residence also is distinctive for its indoor-outdoor orientation—with many interior rooms moving seamlessly outside: a sheltered gym area opens out into the tennis court, for example. Elsewhere, patio areas virtually become additional open-air “rooms.” Perhaps like its owner, the home suggests both openness and protective shelter, an apt reflection of a celebrity who was so familiar to all yet who valued solitude and privacy.

Sums up agent Linda May, "This is truly a unique trophy property, not only because of its provenance—the Kimmels have lovingly updated the home while retaining the basic footprint of Johnny Carson's time here—but because of its distinctive Ed Niles design and unmatched 4-acre parcel—truly a rare combination in Malibu." With all those stellar characteristics to its credit, this stunning home virtually guarantees that its next owner will be, like Carson, a celebrated host. 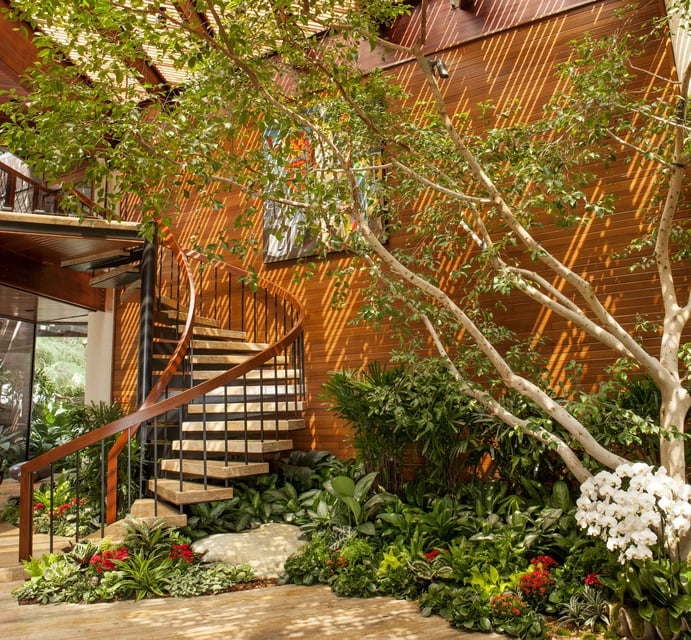 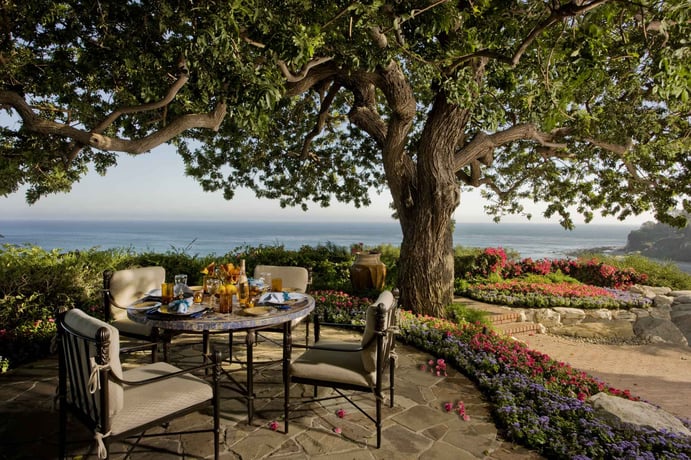 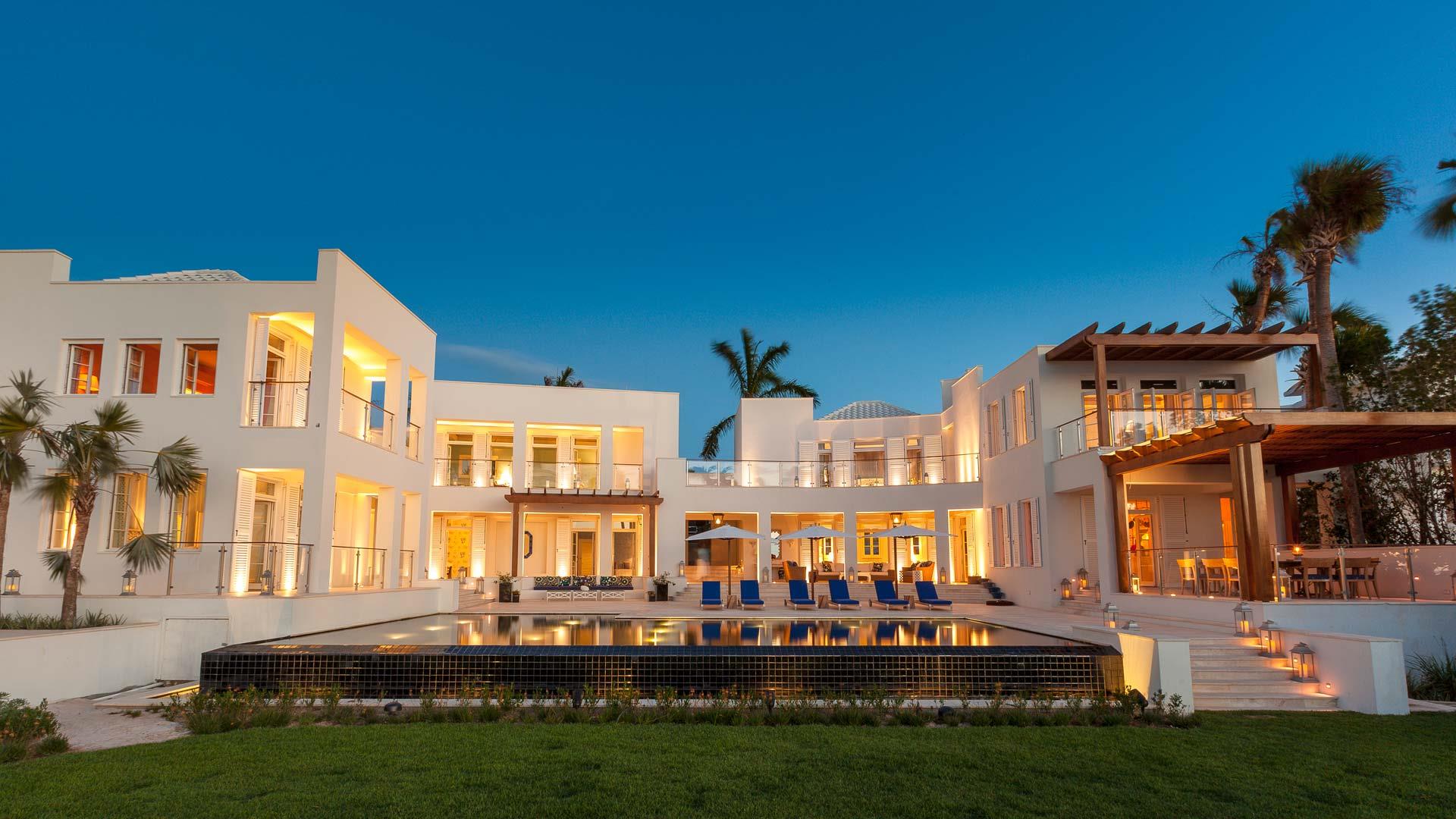